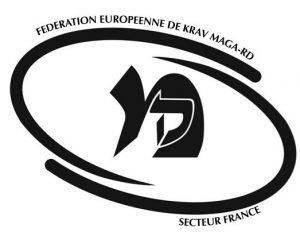 Created in 1997 by Richard DOUIEB delegated by Imi LICHTENFELD, the European Krav Maga Federation now has nearly 15,000 members in 10 countries, making it the largest federation in terms of number of licensees.

Moral Code of the FEKM

As a member of the FEKM, I pledge to respect the following charter of conduct:

Born in 1956 in Jerusalem, Richard grew up in France. Young, he practices swimming and gymnastics assiduously and then to the army in Israel, he discovers Krav Maga. He graduated as a military instructor with Imi Lichtenfeld. Back in France, he practiced different disciplines: Ju-Jitsu (black belt), Thai Boxing and American Boxing where he obtained a title of champion of France in 1983 and 1984. After having passed his state patent of Krav Maga, Richard is dedicated solely to teaching this discipline. Delegated by the founder Imi Lichtenfeld, he is behind the development of Krav Maga in Europe.

“… Krav Maga is a complete martial art and as such one is forced to find techniques inherent elsewhere. What makes our originality are not these techniques but the way to use them and especially the way in practice to reduce the risks to their minimum. Krav Maga is not a martial art anymore. If two practitioners use the same punch or foot or even throttling, I can discern which of them is practicing our discipline. I’m insulting some real mid-level teachers, whose priority work is to train other teachers in a few days, and of course not very good but in any case for very expensive, on which they will reign without sharing, without conviviality, and with a deontology that would shame my master Imi whose shame they claim yet … I would add that the reason for my anger does not come from the anxiety that I could have about the development of the FEKM which does not fear None of these negligible elements, but rather the harm that these false teachers provide to their few students who came to rank in good faith under the responsibility of these irresponsible willing to abuse them to satisfy their little need for power … Some clarifications concerning the history … In 1988, Imi felt that I had the required level after 15 years of Krav Maga practice to represent him in Europe. Afficher plus
Afficher moins
He appointed me his representative, official letter in support. At the time, there was only one association in Israel, except those of Daren Levine and Eli Aviczar (respectively created in 1983 and 1984). In 1994, Eyal Yanilov created his association, the IKMF. For my part, I stayed with my Master until his death by following his teaching for 24 years. Imi’s wealth was such that, throughout this period, I constantly had things to learn. My meeting with him has been a providence both technically and human. “R. DOUIEB

As in many martial arts and combat sports, a system of colored belts determines the technical level of the practitioners. A beginner begins his apprenticeship and if he shows regularity he will be able to take the examinations of ranks, usually one belt per year. Of course there is no obligation to pass a belt, the student is free to choose whether it interests him or not and this does not prevent him from following the normal course, year after year.